MacBook Pro for Lawyers: The Dramatic Difference Between PC and Mac 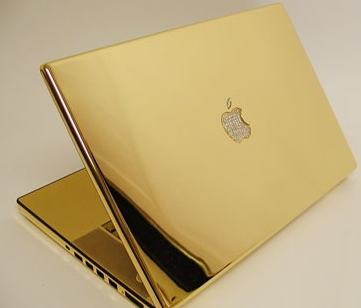 My partner, Brian, upgraded his computer to a MacBook Pro about three months ago.  Our newest associate, John, brought his MacBook Pro with him when he stepped through the door.  As my PC staggered, sputtered, and blue-screened its way through its third year, I decided it was time for me to make a decision.

Actually, there was no decision.  I had already decided long ago that my next computer would be a MacBook Pro.  My PC always took at least five minutes to start up in the morning (and it was one of the highest end, most expensive laptops on the market).  By the end of its days, I had a whole morning routine which revolved around the 10 to 15 minutes it took to get Windows started and all my programs loaded.  That routine involved getting coffee, saying hi to co-workers, and all kinds of other things which did not involve key strokes.

So after two months of being Mac user at work, here are my observations.

Overall, there is literally no reason why any lawyer would want a PC over a Mac if they are at the decision point of purchasing a new computer.  The cost difference is not that great anymore.  Regardless, the productivity increases pay for any cost difference in a matter of days.  You wouldn't go into court with one hand tied behind your back.  Don't short change yourself when you get that next computer by purchasing an inferior product.

Now that I'm Mac, I will never go back.

I agree with your assessment. I switched a few years ago, albet to a MacBook (which still convinced me to migrate if for no other reason than increased productivity and stability) and only recently to a MacBook Pro. I would add one suggestion that my Apple "guru" suggested to me recently when we also migrated our server from Windows Small Business Server 2003 (running on an older Dell) to a Mac Mini OS X Server now flawlessly operating in a mixed environment: Try Sun's VirtualBox rather than Parallels or VMWare: http://www.virtualbox.org. It's free and seems to be superior in terms of performance. By the way and on balance, we still use Microsoft Office for Mac, which is superb and also functions well in our mixed environment, with plenty of drafting being passed back and forth.

I'm interested in the details of a "mixed environment" of using Macs and PCs. We run MS Small Business Server 2003 and Exchange/Outlook to handle all email/calendaring. 15 users, with 3 of us preferring Macs and the rest the Windows machines. But I run the IT (stupid waste of time for an attorney), so my I get a larger say. Anyone doing this successfully EXCEPT by using virtual machine Windows to maintain network/exchange connectivity?

Scott, I don't see why you'd need to use a virtual machine (which incidentally my IT guru recommended Sun's VirtualBox, which is free and seems better than VM Ware or Parallels). As you know, Macs can "see" shared Windows directories. With the new Microsoft Office for Mac version, you can now use Outlook natively on a Mac to connect to an Exchange-based server (again an aside, but we switched to Google Apps years ago and have been very pleased). If you truly want to log into the server, you have several options. My favorite is LogMeIn, which allows you to access your Windows SBS via any Mac-capable browser. I don't need this unless I'm using some Windows-specific application, which is literally one calculation program now. With Office, you can pass files back and forth all day without incident. I hope that this helps.